Even as it is caught in a major political scandal in India, Facebook is now looking to attract Indian news publishers to its platform by paying them for publishing content to its aggregation platform Facebook News.

The company added that it would work closely with news partners in each new region to tailor the content and experience to the local audiences and test different ways to deliver content while “honouring publishers’ business models”.  Facebook News, which arrived in the US last year, is slated to launch in India along with other countries by 2021, the company announced.

“We aim to launch Facebook News in multiple countries within the next six months to a year and are considering the UK, Germany, France, India and Brazil. In each country, we’ll pay news publishers to ensure their content is available in the new product.” – Campbell Brown, VP, Global News Partnerships at Facebook.

Talking about the proposition that Facebook News offers publishers in India and elsewhere, Brown added that the platform will boost the traffic and audience connection that brands have already formed through Facebook Pages and the News Feed. “We’ve found over 95% of the traffic Facebook News delivers to publishers is incremental to the traffic they already get from News Feed,” he added. 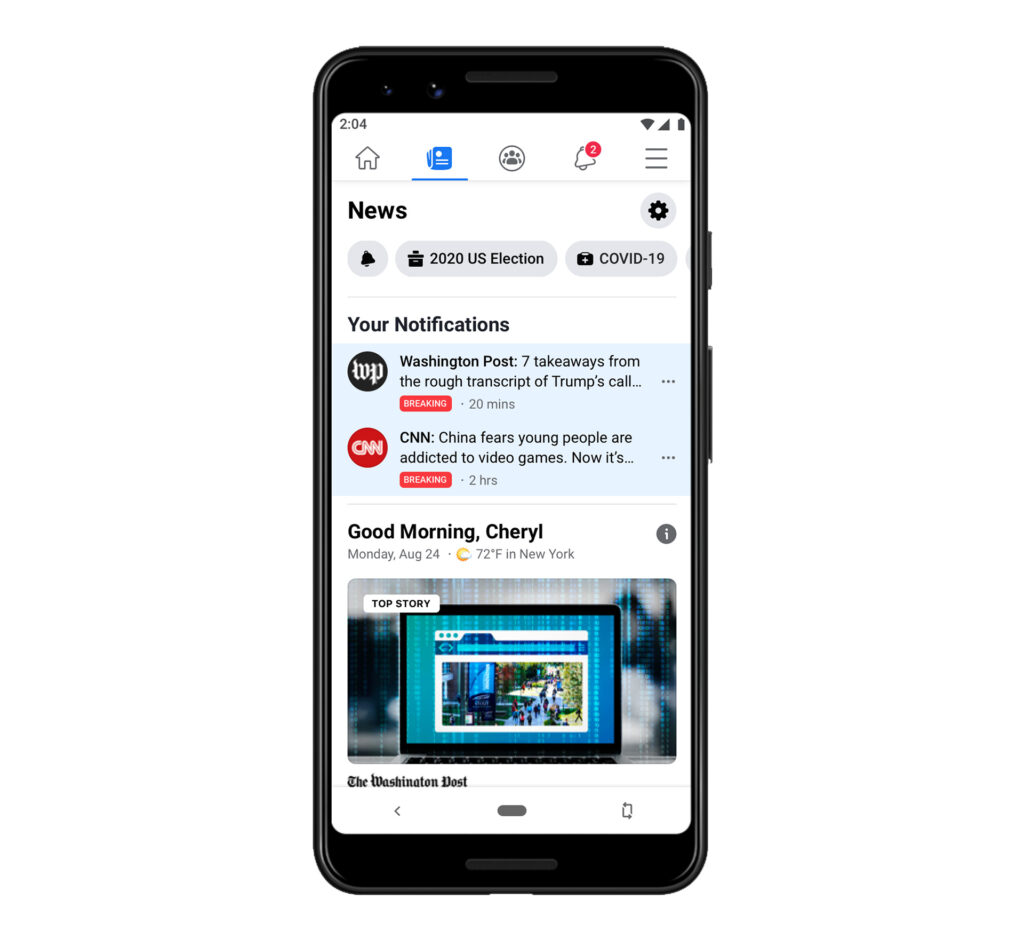 It is not year clear when the app will be launched in the Indian market, but Facebook has a major political scandal to deal with in India in the meantime. The company’s representatives will meet India’s parliamentary standing committee on IT headed by senior Congress leader Shashi Tharoor on September 2, following the row over the social media giant’s alleged inaction in certain hate speech cases involving BJP politicians and leaders.

Troubles mounted for Facebook after a Wall Street Journal report published on August 14 alleged that the social media giant’s India’s head of public policy Ankhi Das allegedly prevented takedown of hate speech content posted by members of the ruling BJP, even if it conflicted with the organisation’s global guidelines on hate speech.

According to some existing and former Facebook employees, Das reportedly told staff members that punishing the violations by leaders from BJP would damage the company’s business prospects in the country. Notably, India is the biggest global market for Facebook in terms of users, with 336 Mn active Facebook users and over 400 Mn WhatsApp users.

Even Facebook employees across the globe are questioning the content regulation practices followed by the India team. Nearly 11 employees had also written an open letter to Facebook leadership asking them to denounce “anti-Muslim bigotry” posts made by BJP politicians. The question is with brands and news publishers denouncing Facebook currently, will the promise to add to the revenue of publishers allow Facebook to control some of the damage created by the political controversies?