India’s Soonicorn Club 2020: A Closer Look At The Unicorns Of Tomorrow

India’s Soonicorn Club 2020: A Closer Look At The Unicorns Of Tomorrow

The Indian startup ecosystem has grown by leaps and bounds in the last four years — from 35K startups in 2016 to over 55K startups in 2020, with over $48.7 Bn raised in disclosed funding rounds. Since 2018, 15+ unicorns have come up in India thanks to the rapid rise of the consumer market as well as the increasing adoption of digital services and products by individuals and businesses. Overall, India has 34 unicorns today, with the PharmEasy-Medlife merged entity aiming to be the latest entrant into this club.

In our The State of Indian Tech Startup Ecosystem Report for 2018, we picked out 30 startups as soonicorns or businesses that had the potential to turn unicorns by 2020. Out of these 30, the likes of Zerodha, Icertis, Druva, Lenskart and Delhivery entered the unicorn club in the last two years.

And now as part of the Inc42 Plus The State of Indian Tech Startup Ecosystem Report 2020, we have shortlisted 52 Indian soonicorns that have the potential to join the unicorn club by 2022.

Cumulatively, these 52 upcoming unicorns have raised a total funding of $9.4 Bn (to date and in disclosed rounds). Out of the 52 startups, a large number of soonicorns i.e. 19 startups are from fintech, followed by, 7 startups each from ecommerce and consumer services sector. 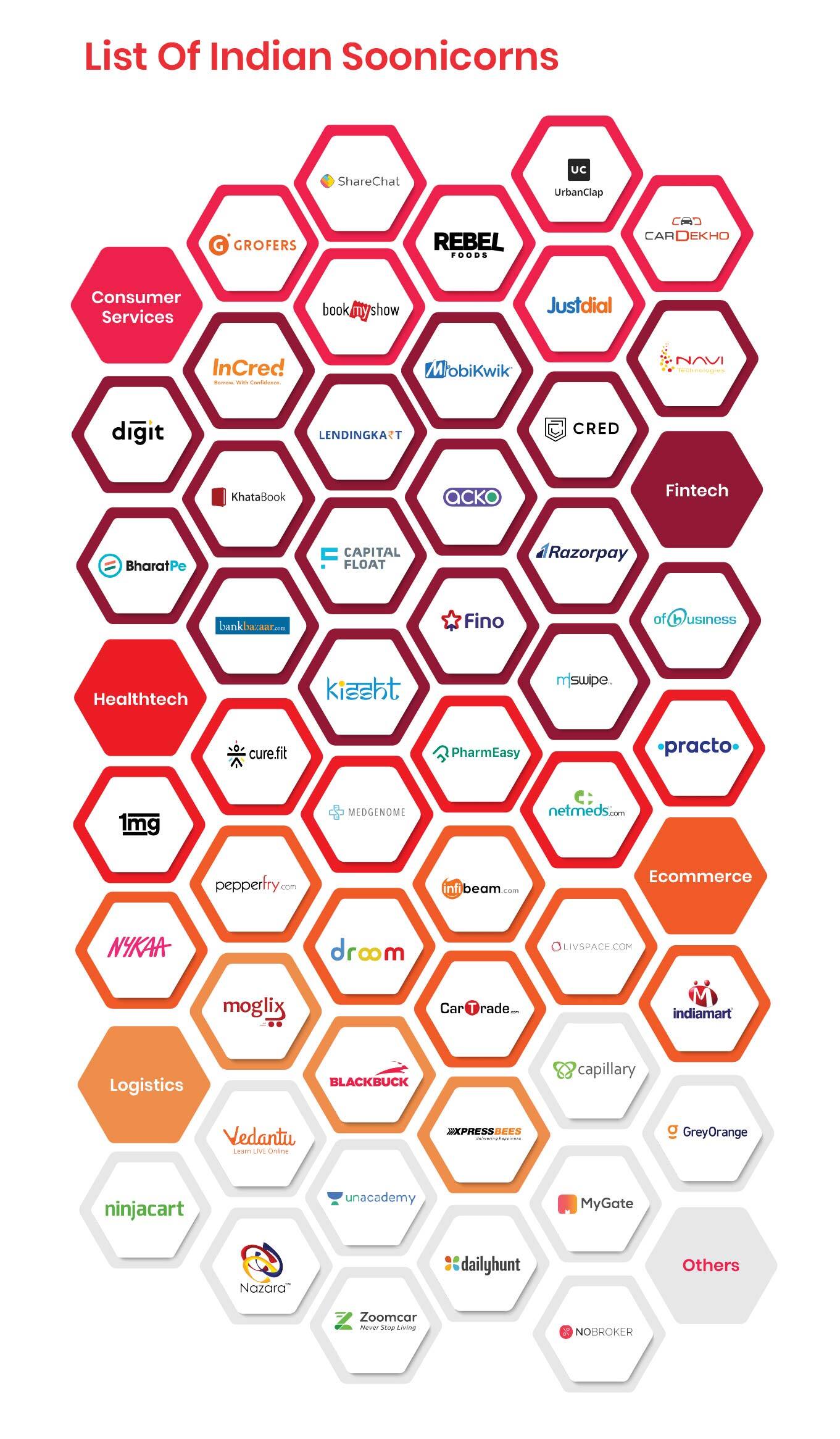 Fintech’s lead in this regard is thanks to the fact that digital payments has achieved deep penetration in metros and Tier 1 cities and now, the addressable base is more likely to adopt other digital financial services such as lending, insurance and neobanking. In particular, startups in lending tech and payments have contributed the most to our fintech soonicorn list.

In the post-pandemic world, healthtech startups will finally rise in prominence, especially with India’s National Digital Health ID plan that will come into effect over the next couple of years. Six healthtech startups have been identified as potential unicorns or soonicorns in our latest report. 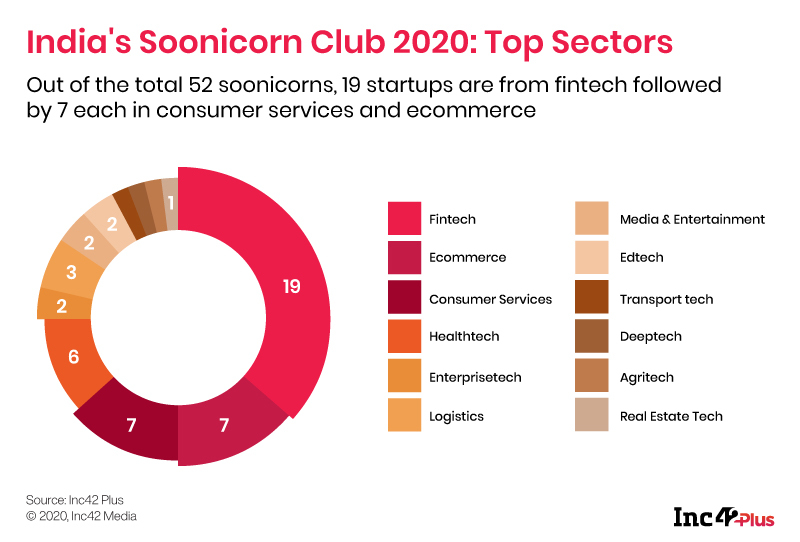 A broad geographical split of these soonicorns reveals that most of these tech startups – 21 are based out of Bengaluru. While 13 other startups are based in Delhi NCR and Mumbai is home to 12 potential unicorns. 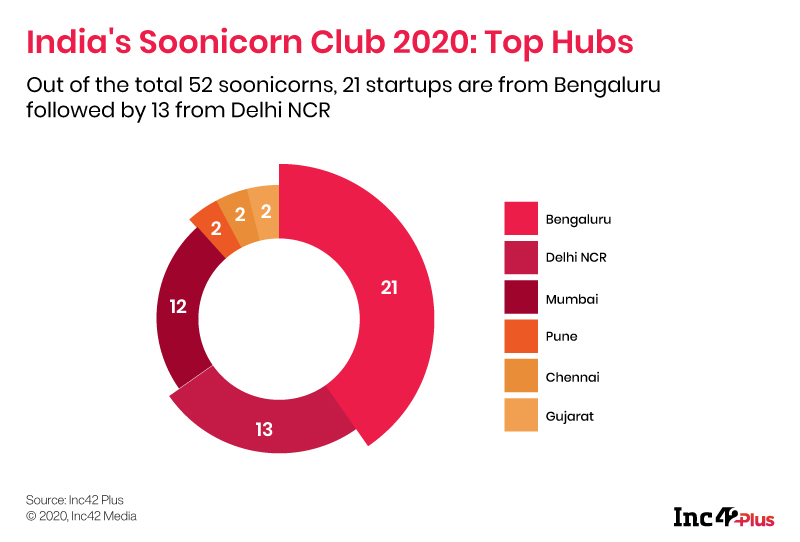 Among the startups founded between 2016-2018, 10 of them have made it to the soonicorn list and the most prominent sector among these was fintech. Startups such as Bharatpe, Cred, Navi Technologies and Paytm Money are expected to make it to the unicorn club by 2022. 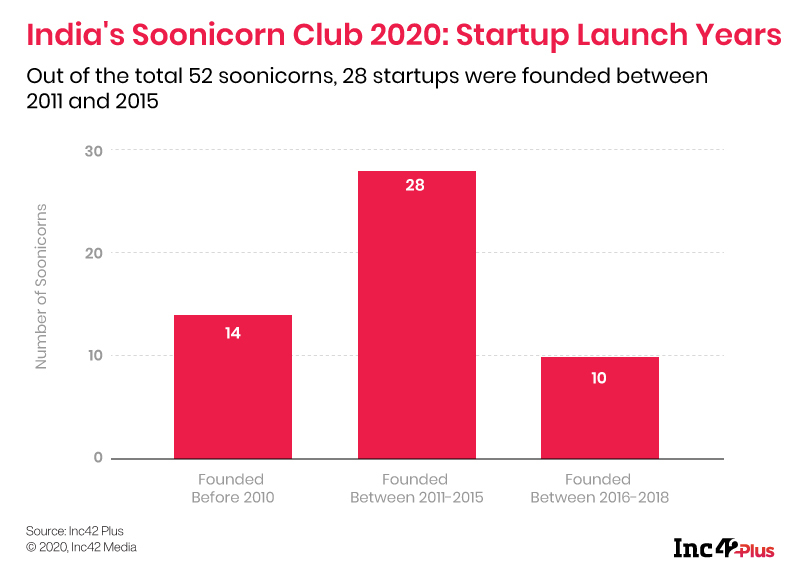 In terms of investors, venture capital funds such as Sequoia, Tiger Global and Accel Partners have backed the majority of these companies. Among the angel investors, the leading investors in soonicorn startups are Gokul Rajaram, Kris Gopalakrishnan and Ratan Tata. 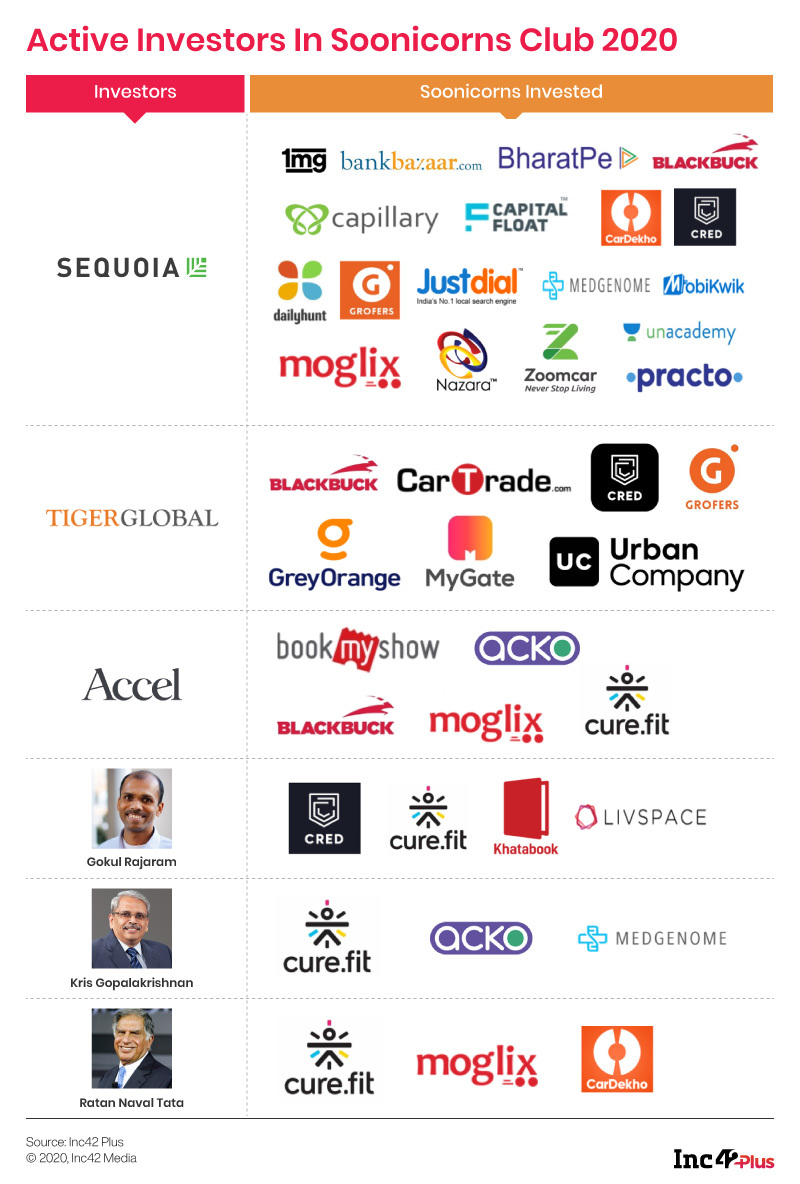